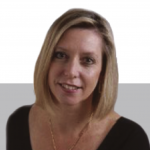 I suppose it’s not surprising but, for me at least, it’s incredibly frustrating.

Just when we can see a glimmer of the light at the end of the tunnel, just when we have jumped through those bureaucratic online “training” hoops, just when we have those little multidose vials of hope safely delivered to our fridge – we now find more and more patients not wanting to have the COVID vaccine.

From the outset there was always a certain degree of reluctance – it was too rushed, it was too new, you can’t trust the government – but now every second person thinks they are going to clot and die!

Aaaaarrgghh! And especially the frail old and those with chronic conditions – just the people who would most likely cark it if they got COVID. They are so sure the vaccine will kill them. They don’t realise COVID is the bigger threat.

That’s the problem, isn’t it?

In most parts of Australia, we really have not been faced with the reality of this pandemic. I have not seen a single case and as far as I’m aware none of my patients have had family members nor friends affected (except those with overseas relatives).

It is unlikely that anyone in this country at the moment feels particularly threatened by the SARS-CoV-2 virus, but the threat of some exceedingly rare side-effect from the vaccination being offered to you tomorrow – well that seems very real.

In many ways we are victims of our own success with regard this pandemic and our efforts to get the population vaccinated. In fact, we need a decent outbreak to happen to help get things in perspective (you know I’m not suggesting biological terrorism here – just musing). I have friends in the US and the UK who have been in various stages of lockdown for months who were desperate to get the vaccine – whichever one was available – they rang around multiple centres, drove for miles, queued and waited sometimes without success until they could get the jab.

And the evidence suggests we would have been similarly enthusiastic in the beginning when it looked like we might all succumb to this highly contagious virus. In a letter published in The Lancet Infectious Diseases, Australian researchers said that according to their survey only 14.2% of the population said they were unsure or unwilling to accept a vaccine back in April last year – and remember that’s before any vaccine had been developed and the Ruby Princess fiasco happened in March.  However, only a couple of months later, even though there still wasn’t a COVID-19 vaccine, this figure had jumped to 24.2%. The only thing that had changed was our “flattening of the curve”.

We were destined to meet some resistance courtesy of the risk being perceived as so low. But then add a headline-grabbing nasty side-effect that proves fatal in a few cases, and no matter how rare this is, suddenly the whole program is viewed with suspicion – at least by some.

And it didn’t help matters when the government changed the recommendation to people under age 50 to have the Pfizer vaccine. I’m not criticising this decision – just saying it added to the perception of danger. I’ve had a number of older (over 70 years old) patients wanting to wait for the “safer” Pfizer vaccine, they felt they had been labelled as more expendable by being advised to have the Astra-Zeneca vaccine – it was as though they were being asked to play Russian roulette.

I’m not sure how you’re finding it, but I don’t even seem to get much traction when I try to point out how rare this clotting side-effect is. As one patient said, after I had told her that her risk was about one in 250,000: “That doesn’t matter if you’re the one.” I guess when you live in a country where 5.7 million people enter Lotto each year even though the chance of winning the jackpot is less than one in eight million, such an attitude towards statistics should not be surprising.

So what are we going to do?

To date my best success has been to tell patients I’ve had it, my husband has had it, my sister’s had it and my mother’s booked in to have it. A little better than “trust me”, but not much.

I would be very grateful if we could get some … any … information about who gets this rare side-effect or any suggestion for something that could mitigate this risk. If I could somehow reassure them that a baseline normal FBC or taking something like low-dose aspirin for two weeks or something like that, reduced their risk, I’m sure they would feel so much better.

Perception is a strange thing. If you tell someone their risk is halved they will feel reassured, even if you also tell them the risk has gone from one in 250,000 to one in 500,000.

For now, we are still managing to fill up out appointments for our measly 50 doses a week  (thankfully now increased) and I’m sure demand will increase now the over-50s have become eligible. I fear push will come to shove a little further down the track when we are wanting to open our borders and need to have a pre-requisite percentage of the population vaccinated.

Until then, we battle on. Let’s see what tomorrow brings.