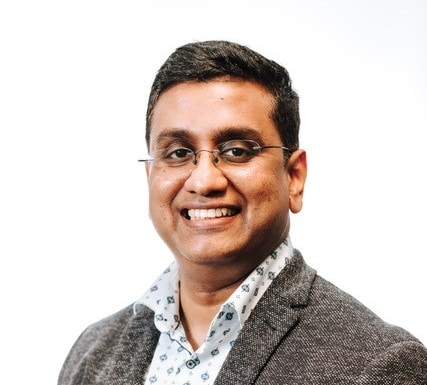 Mrs M, in her late 60s presented with abdominal pain and weight loss. CT scans showed a lesion in the pancreatic gland. Biopsy of the pancreatic lesion revealed adenocarcinoma.

Her cancer was deemed borderline operable, given the involvement of superior mesenteric artery.

Further imaging with CT and PET scans showed another lesion in her right lung. It was biopsied and confirmed as adenocarcinoma of the lung.

Mrs M was fit and well despite two primary malignancies, a lung cancer and a pancreatic cancer.

The treatment regimen comprised both agents being given weekly for three weeks in four-weekly cycles3,4.

After two cycles of chemotherapy, the patient started experiencing calf pain and weakness. Examination revealed tenderness and swelling in her lower limbs bilaterally extending from the hip downwards, more prominent in the thigh area. The patient became wheelchair-bound, mainly because of pain. Examination did not reveal any neurological deficits.

Chemotherapy was stopped because of poor performance status.

Blood tests showed creatinine kinase level of 400. Even though CK levels were elevated, rhabdomyolysis is generally associated with much higher levels than these. The patient did not have any other features of rhabdomyolysis such as fever, gastrointestinal symptoms or renal failure.

An MRI scan was performed and this showed diffuse inflammation in her calf muscles. Patient was unable to mobilise because of pain and weakness. Muscle biopsy was thought necessary to aid diagnosis and Mrs M was transferred to a tertiary centre for this procedure.

Due to the severity of her condition, and after consultation with rheumatological team, the patient was started on prednisolone.

Chemotherapy was ceased because of her poor functional status. Following the cessation of the chemotherapy, the patient recovered rapidly, and full recovery was achieved in three weeks.

Myositis caused by gemcitabine was considered the likely cause, given the close chronological association and the lack of other possible causes.

The patient later went on to have fluorouracil- and oxaliplatin-based chemotherapy without recurrence of her myositis.

Patient did not have history or investigation results suggestive of inflammatory conditions such as dermatomyositis, polymyositis or lupus.

Creatinine kinase levels were high at 400 yet not high enough to consider rhabdomyolysis. Patient was not on any non-chemotherapy drugs that could have contributed to her symptoms.

Out of all the original investigations suggested, muscle biopsy was not performed initially as it required the patient to be transferred to a tertiary care centre to have this procedure. Organising this took a few days. Due to the severity of her symptoms, steroids were started after consultation with the rheumatology team.

Myositis is not a common side effect of gemcitabine.

Gemcitabine should be considered as a possible cause in patients presenting with similar symptoms. Literature review identified a similar case report.