How many ways can you skin a cat? 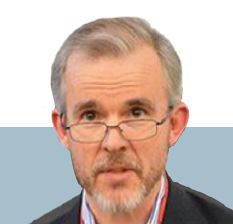 My first contact with rheumatology was in 1984, when I did an option term (as a final year student) with John York at Rachel Forster Hospital in Redfern in Sydney.

This hospital has long since closed and been absorbed by the nearby Royal Prince Alfred Hospital. I remember the gold and penicillamine clinics and the friendliness of the group. MTX had not yet made it to Australia in those days.

My project was on salazopyrin in RA, which has a long and somewhat chequered history. There was initial enthusiasm in the 1930s led by a Swedish physician (which is relevant to this trial). This was then quashed by Duthie’s trial in the late 1940s, which suggested gold was superior to salazopyrin. However, this paper was available in the Bosch library and I was able to show that the data had been wrongly analysed because of the failure to take into account baseline differences between the salazopyrin and gold patients. The two treatments were actually equivalent if this was done.

McConkey and others must have done the same analysis and confirmed it was a DMARD in the 1980s. There was also longstanding evidence that cortisone and gold were DMARDs but this wasn’t widely recognised until much later. MTX wasn’t proven to be a DMARD until the late 1990s. One could conclude, based on the understanding at the time, that nothing really worked. The effect of this was wide variation in treatment preferences, which was often experiential. I used to say that putting 10 rheumatologists in the same room and asking them how to manage the same patient might elicit 10 different responses, all of which had some evidence to support them. How things have changed – or have they?

We now have many effective agents. MTX is a cornerstone drug and most biologics are more effective than MTX, especially in combination. We have many guidelines (some of which make sense) and many head-to-head trials (most of which are industry sponsored).

Despite this plethora of data, it still remains unclear what is the best route to take in early bad-prognosis disease. I tend to avoid corticosteroids and take a fast-track approach to getting biologics. Most of my patients would get MTX 25mg SC from day one, with either leflunomide or hydroxychloroquine, often with one or two shots of biologic samples. The aim of the latter was to get quick disease control and help patients understand what they can expect after six months if they don’t respond.

This has really helped with selling the older DMARDs – but I digress. A lot of this isn’t clear cut in terms of evidence. SC MTX lacks high-quality trials, hydroxychloroquine in combination with MTX isn’t hugely different to MTX alone and we are one of the few countries that uses a lot of MTX plus leflunomide. Australian real-world data suggest abatacept and tocilizumab have the best persistence when used as first-line biologics but this is not based on a randomised trial.

So, in this context, the trial by Hetland et al sheds some light on treatment pathways and, as usual, raises a few questions along the way. This was a very large and ambitious investigator-initiated trial carried out in the Scandinavian countries and Iceland from 2012 to 2018. Almost all of the funding was publicly sourced apart from free certolizumab from UCB and free abatacept from BMS. Even tocilizumab was bought on the open market (which caused some problems for the analysis as it wasn’t available in all countries).

It compared four treatments in bad-prognosis disease. I say this as most patients were seropositive (CCP, RF or both) even though the minimum joint count was only two. They almost all had early disease (mean 200 days of symptoms and 20-30 days since diagnosis). All were given MTX rapidly increasing to 25mg/week. The add-on options were:

• Arm 1 (active conventional treatment) –  either (a) oral prednisolone (tapered from 20 to 5 mg/day in nine weeks); or (b) enterotablets sulfasalazine (2 g/day) combined with hydroxychloroquine (35 mg/kg every week or 200 mg/day) and mandatory intra-articular triamcinolone hexacetonide injection (or equivalent) in all swollen joints at each visit (maximally four joints and 80 mg every visit and no later than week 20).

Injections were allowed in all groups but were particularly intensive in arm 1 and I would have liked this arm to have had only injections, without oral corticosteroids. The other arms were much less intensive but also allowed joint injections.

Basically, all therapies worked well with CDAI remission rates at 24 weeks varying from 42 to 52% with abatacept being the best. However, if you look at the figure below, interpretation depends on the timepoint. I don’t feel constrained to concentrate on the prespecified primary endpoint and am a fan of an AUC approach as it uses all the data. If you do this, you can see that the conventional group and certolizumab had the fastest response (better than the others at four weeks but equivalent to each other), certolizumab was best for the whole of the 24 weeks (based on eyeballing the AUC) while abatacept was only better at 24 weeks (and this difference was quite small).

I don’t think I have ever seen such a variety of possible interpretations. Safety was similar in all groups and didn’t provide further evidence to stoke my corticosteroid bias. Thus, this study could be used to support any of these approaches and there remains many ways to successfully skin the early RA cat.